The new vantage point of Barcelona

Mirador torre Glòries offers a unique 360° view of Barcelona. After visiting Hyperview Barcelona, on the building’s first basement floor, the visit continues at a height of 125 metres. The lift, that goes up to the top of the tower in just a few seconds, takes visitors to the 30th floor. There, they can enjoy the second vantage point of Torre Glòries, a spectacular observatory, halfway between city and sky.

The new observation deck is located at the place Ildefons Cerdà envisaged as the centre of Barcelona in his urban plan. From this 360° observation deck, visitors have amazing views of Barcelona in all directions. The mountain of Collserola can be contemplated, a green space that keeps the air of Barcelona clean and breathable. At its peak, is the outline of the telecommunications tower, which transmits radio waves around the city. To the east, is the blue expanse of the Mediterranean Sea, with its coastline stretching from the power plant of Sant Andreu to the W Barcelona hotel. And close by, another of the city’s great green mountains: Montjuïc.

Beyond the geographic features, from the 360° observation deck, the layout of the mediaeval city can be seen, the Ciutat Vella district. It is even possible to see, in the distance, the outlines of other neighbourhoods with their different street layouts, such as Gràcia, Horta and Sant Andreu, which were once independent towns. Next to the tower is the new part of the city that symbolises the Barcelona of the 21st century: 22@ and the intersection of its three main avenues: Meridiana, Gran Via de les Corts Catalanes and Diagonal.

Also, very close by is Sagrada Família, a distinguished neighbour. And, of course, the urban fabric of the Eixample, the iconic expansion that created a new, compact and navigable model of city, which would integrate nature and emerging technologies.

In the 21st century, we have come to realise that a city is much more than it appears to be at first glance, much more than a series of streets and monuments. From Mirador torre Glòries, not only spectacular views of Barcelona and its most iconic buildings can be enjoyed, but the new observation deck of Barcelona is also a privileged watchtower from where the flow and rhythm of the city can be admired, the movement of the birds, the clouds, the light and its reflections, the trees and the people. 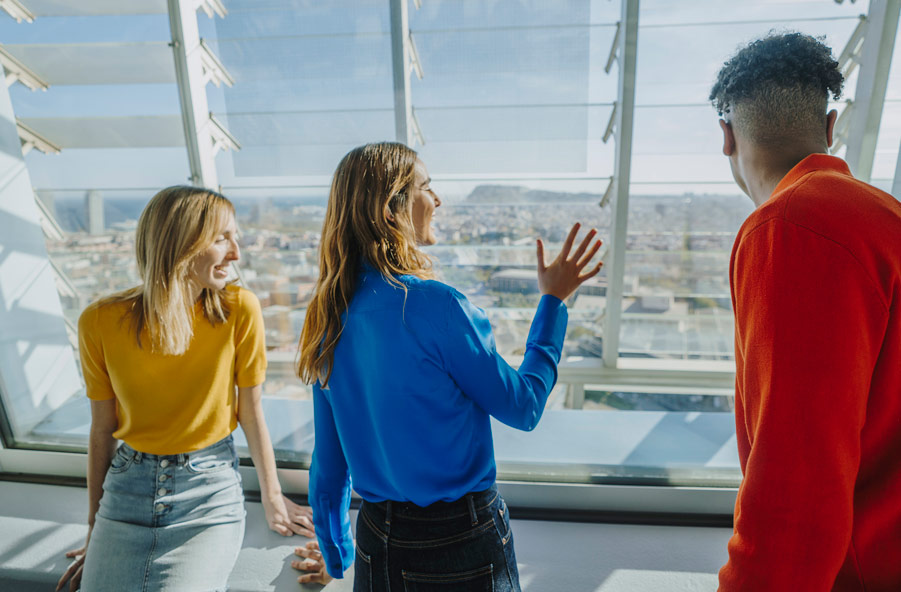 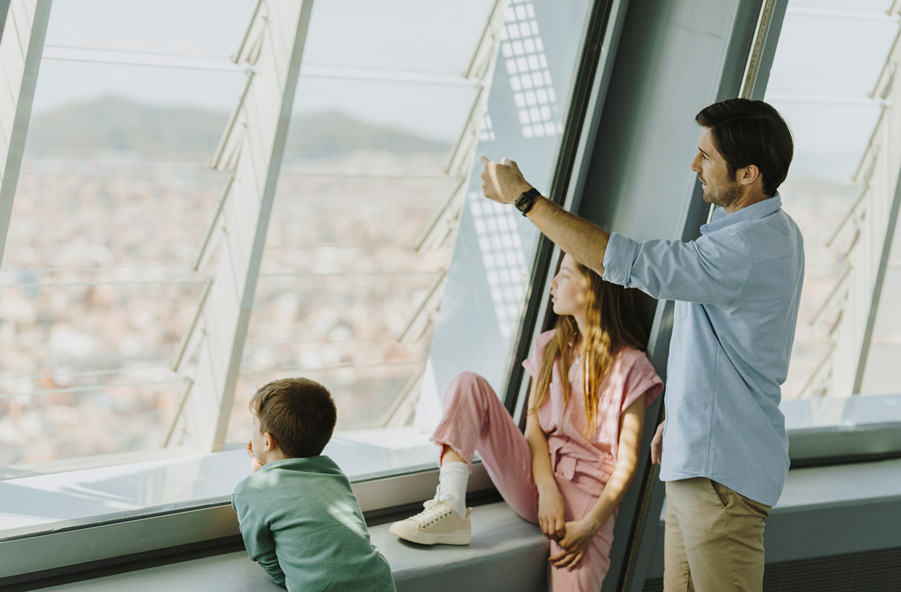 The 30th floor is the heart of Mirador torre Glòries. A privileged space wrapped in glass, steel and concrete.

More than an observation deck

The 30th floor is the heart of Mirador torre Glòries. A privileged space wrapped in glass, steel and concrete. The huge transparent dome, the unique architectural design with an oval ground plan and the sensation of floating with the entire city at your feet and the sky in arm’s reach make this observation deck a special place for contemplating Barcelona from the centre of the city at a height of 125 metres. However, there’s more, and to see it, all visitors need do is tilt their heads back and look up.

The highest point of the tower is dominated by an enormous multi-sensory work of art by contemporary artist Tomás Saraceno. A walk-in sculpture that uses the concept of clouds to reflect on the interdependence of all living beings. 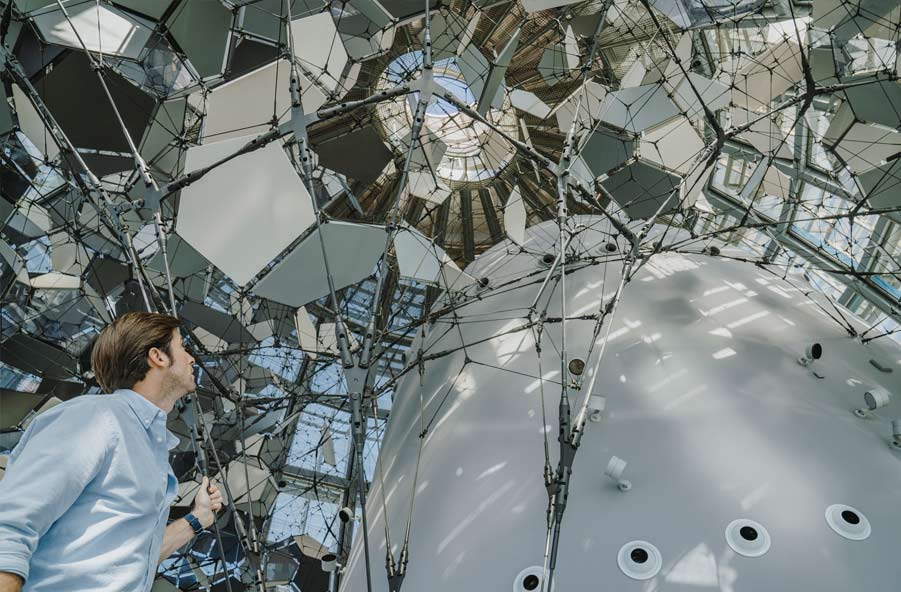