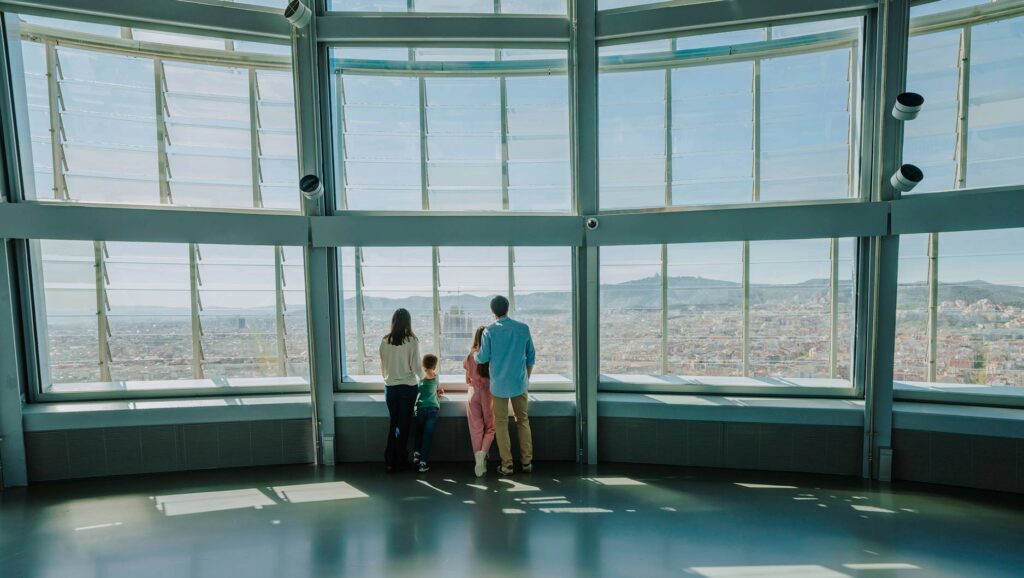 Visiting an iconic building is usually a fantastic experience. Since its inauguration in September 2005, Torre Glòries has become an icon of Barcelona. A symbol that will now open its doors permanently to the public for the very first time.

Jean Nouvel, like Gaudí, was inspired by the rounded forms of the Montserrat mountains when he designed this architectural spectacle that is more than 140 metres high. We could talk about its appearance, for some, innovative, for others, provocative; its sustainability; its skin, made of glass, steel and aluminium sheets painted in 26 different colours; or the 52 744 glass panes that cover it. But, perhaps, one of the most hypnotic aspects of this geyser that appears to be bursting from the ground is its night lighting. Because, before you go to bed, Torre Glòries is illuminated, projecting its colours over the city through an energy-efficient system that controls its consumption better than most washing machines. Torre Glòries is a living building without which it would be impossible to explain 21st-century Barcelona.

There are a thousand and one names for this building, some more ingenious than others. Torre Agbar is one of them. For 10 years, the skyscraper was the head office of the water company Aigües de Barcelona, which goes by the acronym of Agbar. And so, its name. But, did you know that since 2015 it’s no longer called that? Time to catch up! Goodbye, Torre Agbar. Hello, Torre Glòries!